Blog
You are here: Home / Blog / Membership Only / Social Media / Facebook / The Effects of Facebook Brand Pages on Purchasing Behavior

A recent report from Facebook and comScore looked at how using Facebook Pages effects consumer behavior and social media marketing. The report closely examined the impact of paid media exposure on Facebook Fans. Here are some of its key findings.

For several companies, Brand Facebook Pages are turning into the hub of the company. For example, the popular candy brand Skittles had 23,000 visitors in May on their website, versus 320,000 visitors on the Skittles Facebook Page during the same month!

This doesn’t necessarily mean that Brand Pages are the main source of brand engagement on Facebook, however. It’s known that Facebook users spend the most time on the News Feed, so the amount of brand exposure on the News Feed is greater

Also, this does not mean that you should abandon your company site and focus solely on your Facebook page. Websites are important for focusing on lead capture and transactions. The popularity of the Facebook Pages is just a shift in consumer behavior, which should be understood by companies.

2. The number of Facebook Fans is not a major measurement of performance.

Many companies are still too focused on taking their number of Fans as the main indicator of their performance with social media marketing on Facebook. The more important measurement however, is how brands are delivering their message to make the most out of their consumer reach and engagement.

In order to increase reach, companies should optimize their posts so they will be more likely seen in all of the News Feeds of Fans. Additionally, the ad platform is another way to help brands increase their reach. By promoting a post, it is more likely that it will reach a greater percentage of the brand’s fan base.

3. Facebook Fans and Friends of Fans are spending more.

It doesn’t seem to matter whether purchasing decisions of Facebook Fans and Friends of Fans are truly influenced by earned media exposure because they are “substantially more valuable” consumers based on actual purchase behavior, according to the report.

The report found that Fans of Amazon’s Page spent over twice as much when shopping on Amazon compared to the average consumer. And Friends of Fans spent about 8% more in purchases.

When looking at Starbucks, researchers examined the behavior of Fans and Friends of Fans during a 4 week period and found that on the fourth week after exposure, a test group had purchase incidences that were .58 percentage points greater than the purchase incidences in the control group. Furthermore, the fact that the normal lift in purchases rose with each week following exposure, which shows the effects exposure has in increasing purchase behavior. 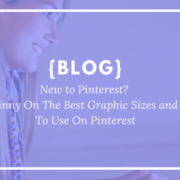