Blog
You are here: Home / Blog / Membership Only / Social Media / Some Negatives To Google+

With about 90 million users joining Google+ since it came out in June, it would seem as if Google+ has become a successful social media platform.

However, that number of users doesn’t explain how Google+ really matches up in the social media world. In fact, compared to its rival site Facebook, Google+ seems almost invisible. Research firm comScore Inc has found that while Google+ is getting many users to sign up for the site, users really aren’t actually on the site utilizing the tools Google+ has to offer very much.

Users on personal computers spent an average of three minutes a month on Google+ during the months between September and January, whereas they spent six to seven hours on Facebook during this same time, according to comScore.

In addition to this lack of engagement on Google+, there’s also the issue of differentiating Google+ from Facebook. With the launch of Google+ last year, the site was positioned as a Facebook rival where users could share content with very specific groups of people, however sharing on Facebook is much more commonly used.

An original feature of Google+, the “Hangouts,” where users can conduct a videoconference with up to 10 people, hasn’t seen much excitement from users. This feature has not proven to be compelling enough to convert Facebook users to Google+ users.

Executives at Google have tried to ignore this comparison to Facebook and continue to state that they are making a long-term investment on a strong idea and that they are still working to build up more tools to make Google+ triumph over Facebook’s features.

Google vice president of product management, Bradley Horowitz, claims that Google+ is meant to be more than just a destination site and acts as an auxiliary to other Google services like YouTube and Gmail, by adding a social-interaction component to those services. However, other Google+ partners are concerned by the lack of activity on the site.

Google still has not gotten companies to advertise on Google+, and some marketers testing the site have found that brand messages don’t seem to reach consumers as much as they had hoped.

It seems that Google+ does not have the same frequency of activity that sites like Twitter, Facebook and the latest, Pinterest, currently offer. And without the level of engagement on the site, there’s not a strong desire to advertise on the site.

Twitter and Facebook have come to change the way people find new content on the Internet, which competed with Google as the main gateway to the Web. Most activity done on Facebook cannot be accessed from the Google search engine because of privacy controls, which have made the search engine less useful since people are spending more time on Facebook.

So, what’s the main point to take away from all this? Google+ is definitely a prominent site in social media networking, but to find the benefit out of it, you must be effectively engaging on the site. Keep in mind that as far as consumer usage on social media sites, Facebook and Twitter are still the dominant sites used. 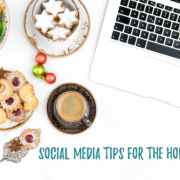 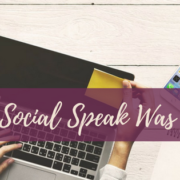