Blog
You are here: Home / Blog / Membership Only / Social Media / Tweet Science– One Reason Twitter’s Confident About Its Ad...

At Boundless, we know that Twitter is a powerful tool to help businesses grow and share information about it’s products and services. But lately, one of the big questions facing social media giant Twitter ahead of its New York Stock Exchange debut this week is how much money it could actually make for investors.

Here is an interesting article we found and wanted to share.

“We have incurred significant operating losses in the past, and we may not be able to achieve or subsequently maintain profitability,”the company writes, in its business prospectus.

Twitter expects revenue growth, but that it will be slow. We’ve written before on how it’s planning on cornering mobile advertising as its main revenue booster. These user numbers a new Pew/Knight study out this week help its argument.

Even though Facebook dwarfs Twitter in the number of users (Facebook’s at more than one billion to Twitter’s 200 million), the study shows those who consume news on Twitter are younger, better educated and more mobile than Facebook news consumers. That’s a huge selling point for Twitter in its bid to lure advertisers.

Twitter news consumers stand out for being younger and more educated than both the population overall and Facebook news consumers.

The study is based on survey data and a multi-year data analysis of tweets around news events.

That this group relies on Twitter as a “second screen” during major news events means Twitter can promise advertisers an “in” to target certain groups at moments they’re paying attention. The mobile-first behavior also plays well into the company’s revenue plan, as it recently acquired MoPub, the world’s largest mobile ad exchange, as a way to sell mobile ads that target their dedicated users based on data that Twitter has collected from them. 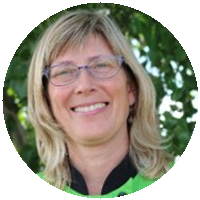 How to Leverage User-Generated Content in Your Marketing Strategy
How to Reach Your Target Audience Online
Gain Brand Loyalty with Email Marketing!
Dos and Don’ts of Using Social Media for Business
Over Coming the Fear of Internet Marketing